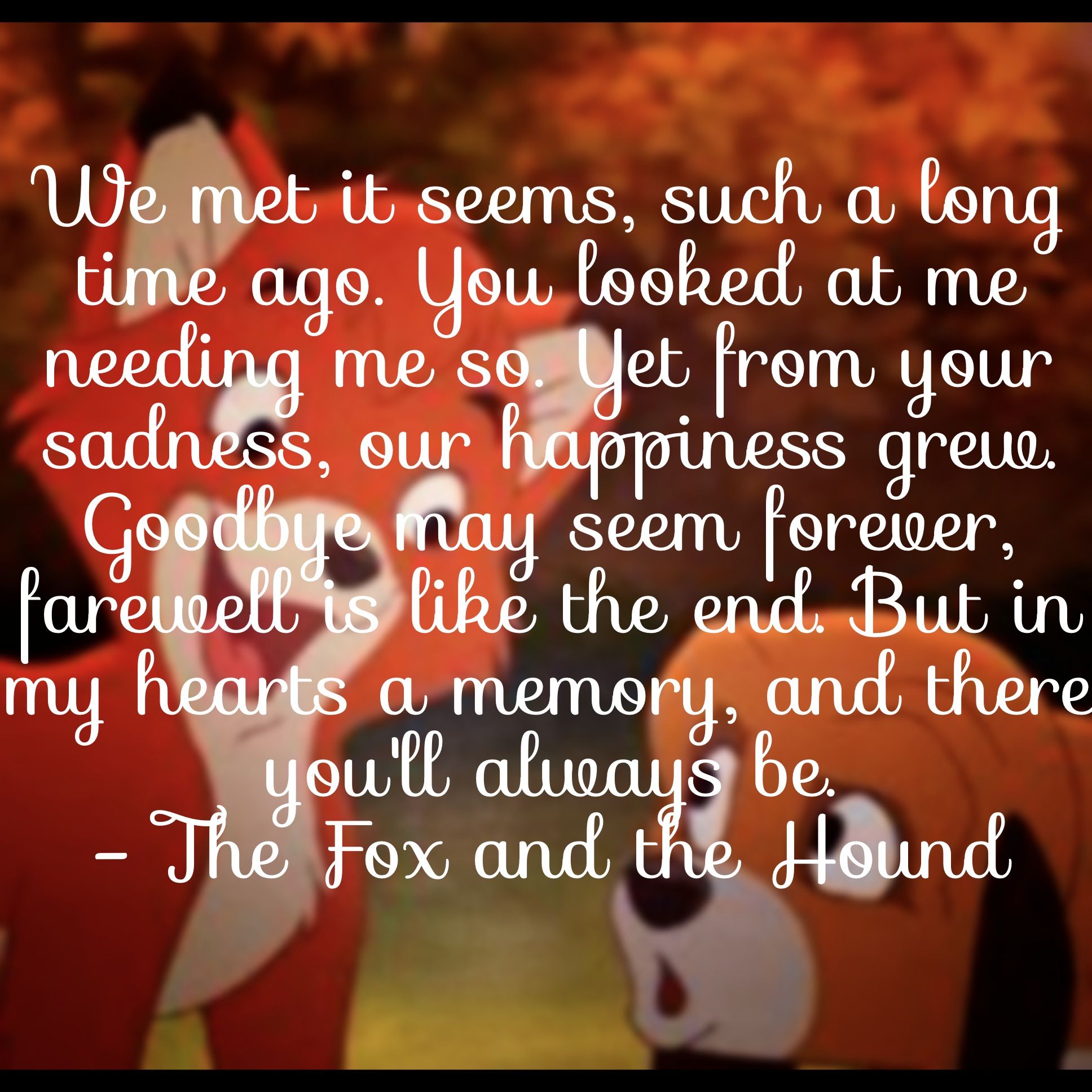 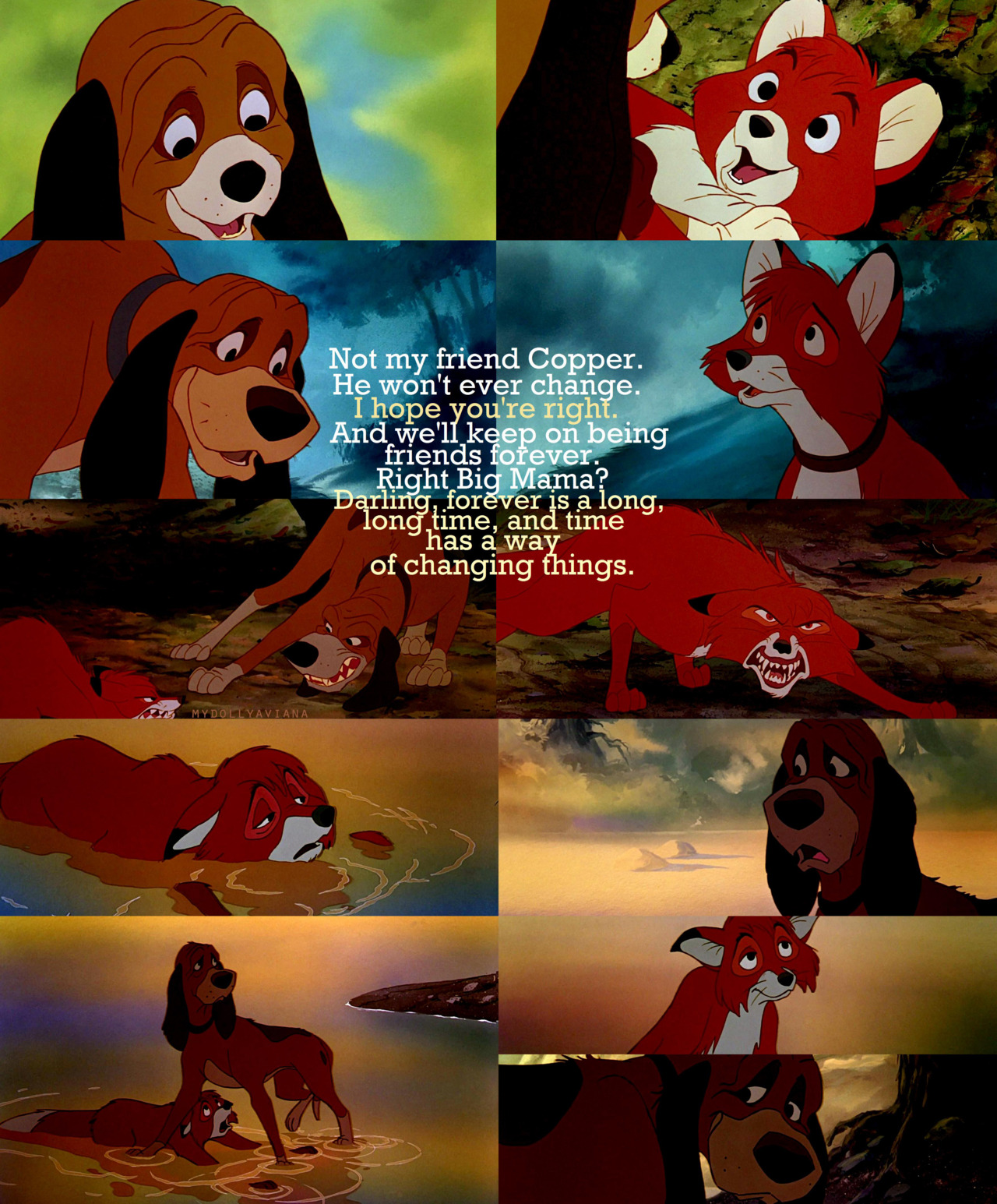 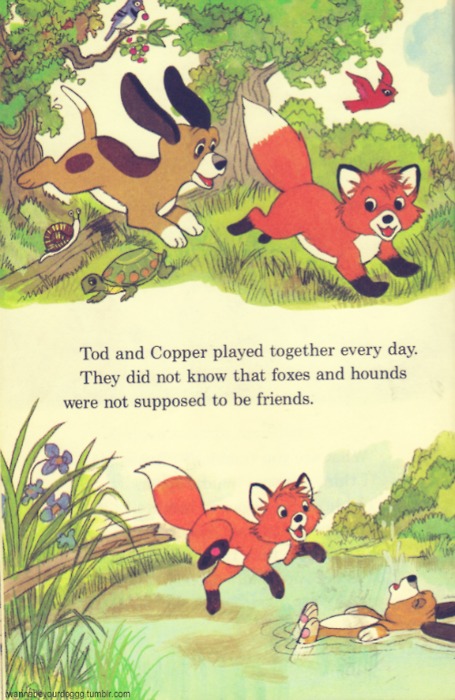 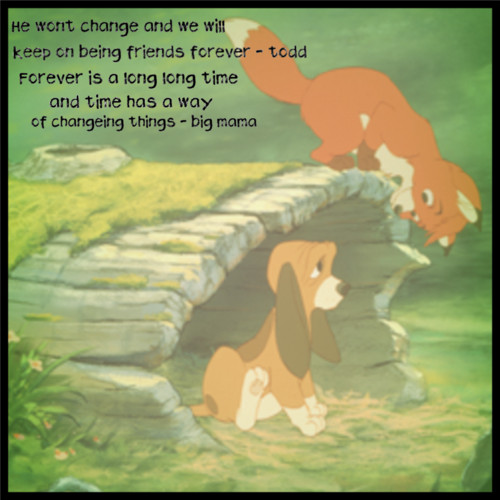 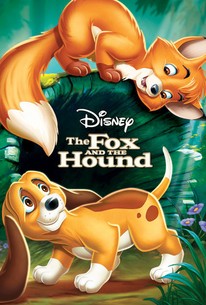 It is about a red fox named Tod and a hound dog named Copper who meet when young and become friends, but later become enemies as they grow up. 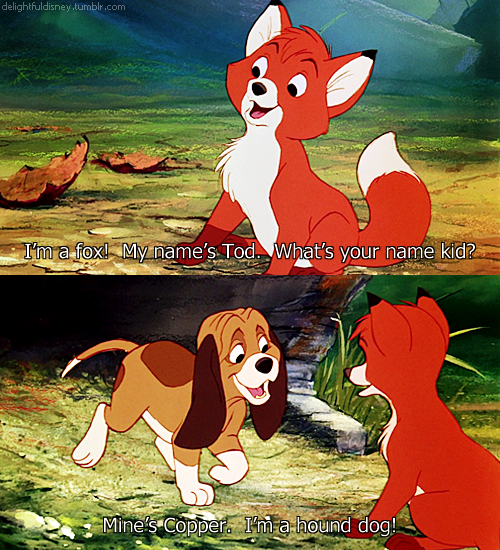 The Fox and the Hound marked the last collaboration between Disney's older artists, including three of the "Nine Old Men" (Frank Thomas, Ollie Johnston, and Woolie Reitherman), and the young animators who would make the record-breaking films of the '90s. 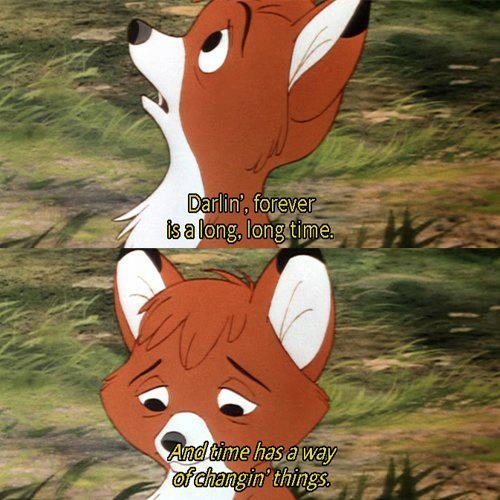 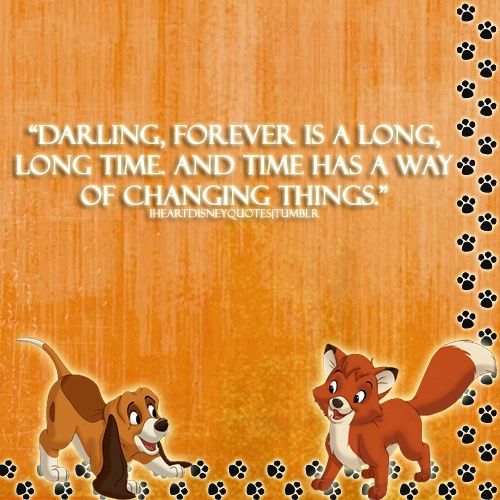